We’re currently at about 35,000 feet on our jetBlue flight from New York to Ft. Lauderdale (and the internet is FREE!!!). Tonight we’ll be staying at the Ritz-Carlton and, tomorrow at this very time, you may recall that AAC CPA and I will embark on Celebrity Silhouette for a 7-day cruise to and from the Caribbean. We’ve heard that it’s a gorgeous ship, so I’ll be blogging during the cruise to let you know all about it. Stay tuned.

Our winged chariot from New York to Ft. Lauderdale

So what’s been going on since my last post?

AAC CPA survived the packing process almost intact, bless him. We had no melt downs or hissy fits. Maybe he’s finally getting the hang of it. But wait: on the way to the airport, he started asking scary questions about packing for our trip to London in 4 weeks. Sigh. 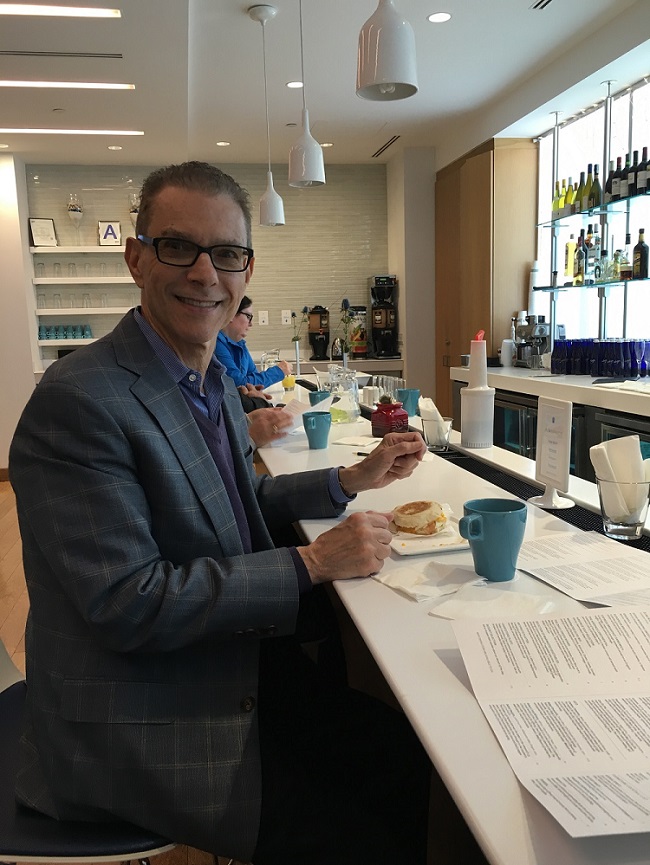 Fortunately, the packing had to be completed by last night, as we had tickets for the 1st preview of the new Broadway production of Fiddler on the Roof at the Broadway Theatre.

This new production is being directed by Bartlett Sher, who helmed the very successful productions of The Light in the Piazza, South Pacific, Golden Boy and, most recently, The King & I. He’s one busy fellow and a superlative director. His great talent, I think, is to respect the material and to mine it in such a way that he is able to create wonderful relationships between the characters. Anyone who’s already seen The King & I, now at the Beaumont Theater, may recall how thoughtfully he’s developed the East vs. West puzzlement in a way that gives equal weight to both cultures. He’s also strengthened the role of Lady Thiang to a degree that I’ve not seen before. She’s no longer an appendage to the King but, rather, the power behind the throne. (Whether the King realizes it or not is another matter.)

For a 1st preview, Fiddler on the Roof was in fairly good shape. The cast is headed by Danny Burstein as Tevye and Jessica Hecht as Golde, both of whom are extraordinary actors with long portfolios of memorable characters. Burstein is already giving a marvelous performance. He is, perhaps, the sweetest Tevye I’ve seen but, also, more conflicted than most when he has to deal with the breakdown of traditions happening all around him. Also, while Burstein has had a long and extremely distinguished career, I believe that this production marks the first time he has his name above the title and that’s more than well-deserved.

I had initially thought that Hecht was too luxuriously cast, and would be wasted in the role. Seemingly a bit tentative in the 1st act, she grew ever stronger over the course of the evening and created some very moving moments in the 2nd act. The remainder of the cast is uniformly excellent and seem to relish discovering their characters along with the audience, which is another tribute to Sher’s ability to put the right actor into the right role.

The original production was staged by Jerome Robbins and no one who saw it or its many revivals will be likely to forget his iconic choreography. This production, while respecting the original staging, chooses to go its own way. Bart Sher has brought in a different choreographer, Israeli choreographer Hofesh Shechter. His movement for the show seems to be an amalgam of folk dance, modern dance and homage to Robbins. Even at this early date, he’s getting great results from his company. As of now, only Tevye’s Dream didn’t land as well as it can and that’s probably just a matter of time. And, as usual, the Bottle Dance is a highlight of the performance. Shechter does Robbins one better by having 5 dancers for this sequence and it rocks!

Perhaps the best thing about this Fiddler is that, while faithful to the material, Sher has rethought every element to keep it fresh and timely. This production does not feel at all like a revival. There is a framing device, which I will not spoil for you, that makes this show feel more relevant than, perhaps, ever.

So, if you care about great Broadway musicals, I encourage you to treat yourself to this new production. It is one of the last great vestiges from the Golden Age of Broadway.

Fiddler on the Roof on Broadway

(Oh, and did I mention that it was a bit of a thrill to see Fiddler’s lyricist, Sheldon Harnick, sitting 2 rows in front of us? Even at 90+ years of age, he remains Broadway royalty.)

That’s all, folks. Next time you hear from me, I should be floating on the ocean.

5 thoughts on “Greetings From 35,000 Feet and the Power of Tradition”