We’ve just come from a matinee performance of the completely sold-out run of Funny Girl, starring Sheridan Smith, at the Menier Chocolate Factory. You may recall that I was able to obtain a pair of seats the day before the box office opened to the general public. Good thing I did, as the entire run sold out in something like two hours! 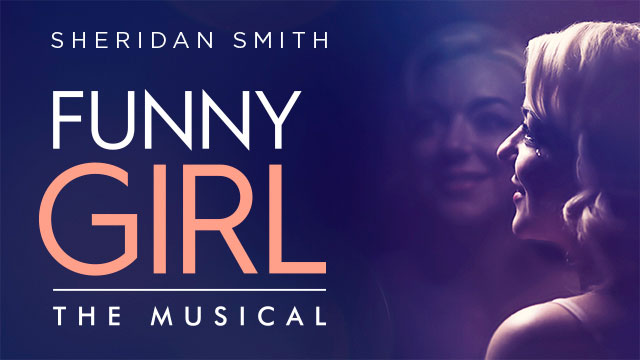 Before this production even started previews, a transfer to the Savoy Theatre on the West End was announced, and now tickets are available at least through the summer. (I was at the Savoy box office yesterday to pick up my tickets for tomorrow evening’s performance of Guys & Dolls and, apparently, tickets to Funny Girl are few and far between until next July!)

So, what did we think? Funny Girl hasn’t been seen onstage in London since Barbra Streisand brought the original production here in the mid-60’s. Since then, there’s been no first-class production either here or in the states. Part of the problem is that the iconic Streisand performance has been memorialized on film and it’s very difficult to compete with that. Also, the show had a very troubled gestation period and, only due to Jerry Robbins’ out-of-town doctoring – particularly working to get a performance out of Streisand – did the show succeed once it opened in New York. It is a flawed show with a great score. And it requires a star in the title role to make it work or even to contemplate a new production. 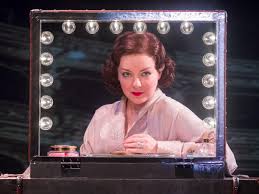 As it turns out, Sheridan Smith is that star. While no one will mistake her vocals for those of Streisand on stage or on film, one could say that, Smith is “the greatest star” in London at the moment. Diminutive in size, she is an oversized personality who brings her considerable skills to creating Fanny Brice. She is quirky, cute, gritty, and utterly believable, particularly in the early scenes of the play, when Fanny is on the ascent. 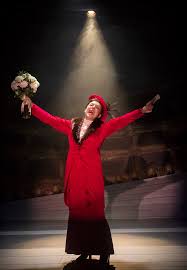 Don’t rain on her parade!

Our one reservation about this production was that it was being presented in a teeny-tiny theatre and Funny Girl is an exemplar of the big-scale Broadway musical. The original production boasted a huge cast, lavish sets and costumes and a full orchestra. None of that is possible in this incarnation. However, Michael Mayer’s production presents the material in a way that almost makes you forget that you’re seeing no more than 20 people on stage, accompanied by a 10-piece orchestra (with skillful new orchestrations) that makes the most from the least.

The show is very well cast. Fanny’s obsession with Nick Arnstein is no surprise, thanks to Darius Campbell’s performance. Towering over Fanny, he is both suave leading man and lost soul. And he gives the best vocal performance of the role of anyone I’ve seen or heard. In fact, a number that may have been cut from the original production (or was it written for and subsequently cut from the movie) – “Temporary Arrangement” – has been reinstated for Campbell. The supporting cast delivers the goods.

It will be interesting to revisit the production when it lands at the Savoy to see if it is rethought on a much larger stage in a much larger theater.

Finally, Funny Girl is a prime example of one of the last musicals of Broadway’s “golden age”. While not close to perfect, it boasts a great Jule Styne-Bob Merrill score and, in Sheridan Smith’s sensational performance, a case has been made for a new production of this almost lost musical.

2 thoughts on “From London: Funny Girl at the Chocolate Factory”