At this time of year, everyone seems to be publishing “best-of” lists. As I’ve been blogging for barely 3 months, I thought I’d challenge myself to post 3 of these lists: one each for travel, cuisine, and culture.

Today is for travel and I’ve narrowed the scope of this post to four places I’ve slept during the past year that I would recommend to you. 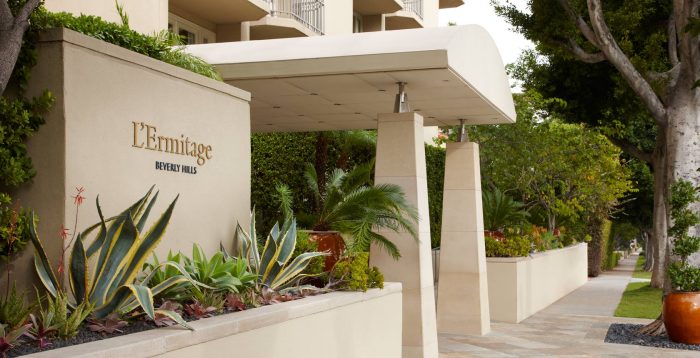 We’ve been staying at this property for years. Back in the day – the early 80’s, to be precise – L’Ermitage was one of the very first “all-suite” hotels. I remember staying there in June 1982 and being wowed by the concept – all that space for lil’ ol’ me. The property was completely renovated and upgraded about 15 years ago to maintain its edge. 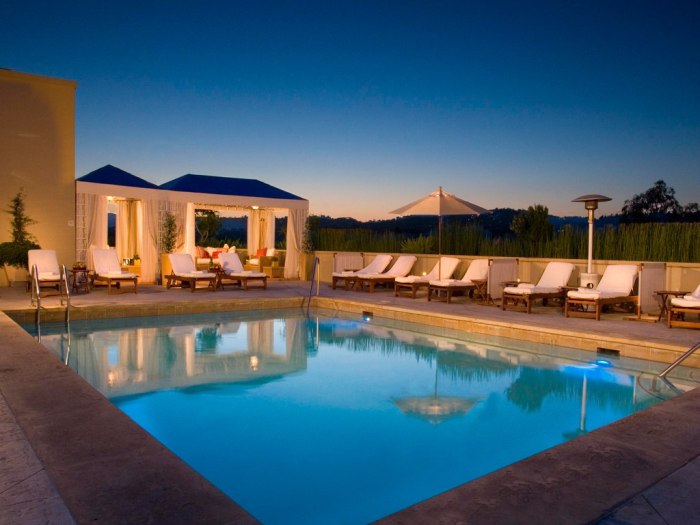 L’Ermitage Pool and Cabañas at Dusk

We were last there this past June and the hotel was in the midst of a major makeover. Because of our longstanding relationship with the hotel, we were given a sneak preview of the new rooms, and they’re extremely beautiful and up to the minute in terms of amenities and technology.

Another big plus is that L’Ermitage has a great location, just a few minutes walk (wait: who walks in Los Angeles??) to Rodeo drive and other Beverly Hills landmarks.

I’d also like to put in a word for the service at the hotel – couldn’t be better. You’ll be very well taken care of at L’Ermitage. 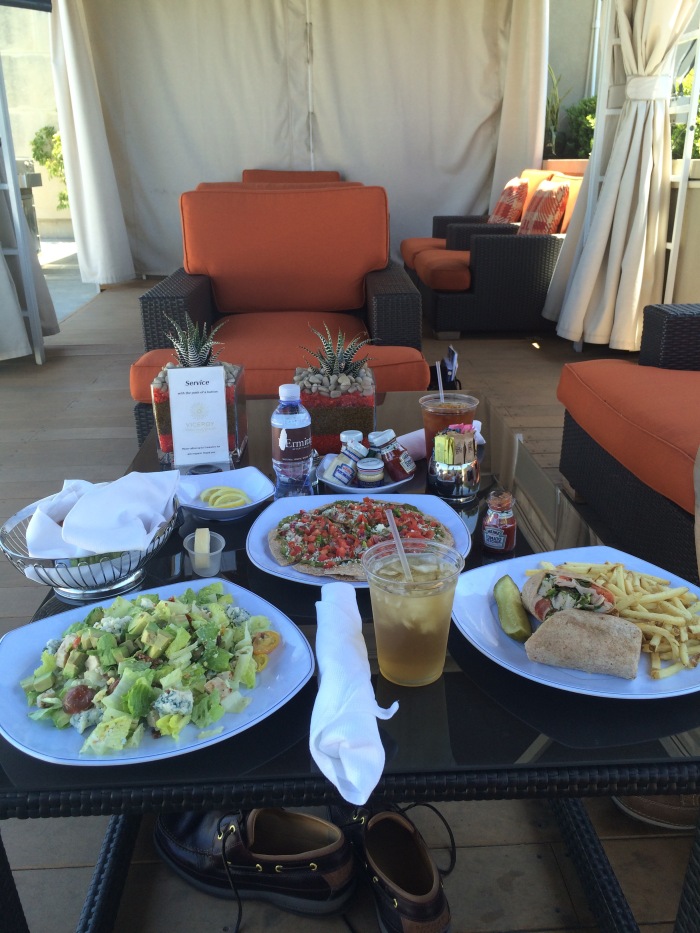 A bite of lunch in a poolside cabaña 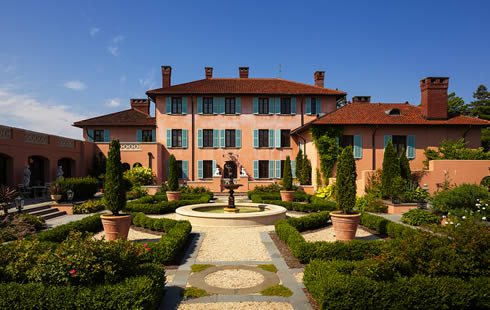 We discovered this fabulous property just after it opened in 2010. A 75-minute drive from Manhattan, it is the former Tuscan-style mansion built in 1911 by Robert Wilson Goelet on his enormous estate in Sugar Loaf, a hamlet in Chester. The original architects, Carrere & Hastings, also designed the New York Public Library and the Guggenheim Museum.

The estate was sold during World War II and converted into a resort hotel. By the 1960s, however, it had fallen into disrepair.

In 2007, the property was purchased by Alan Stenberg and Daniel DeSimone and over the next several years – and at an estimated cost of $30 million – was transformed into a magnificent luxury 19-room hotel and restaurant. A spa – perhaps unlike any you’ve seen before – was added a couple of years ago. 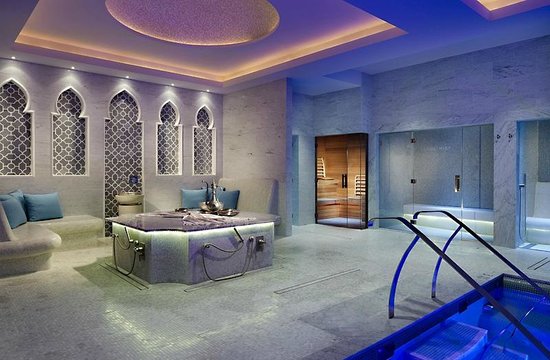 The Spa at Glenmere – Do I believe my eyes?

We returned to Glenmere for a couple of nights last August. If anything, they’ve upped their game. Butler service and a complimentary breakfast are now included. The grounds are magnificent, as is the property itself. If you want to splurge for a special occasion, Glenmere is the place to do it. 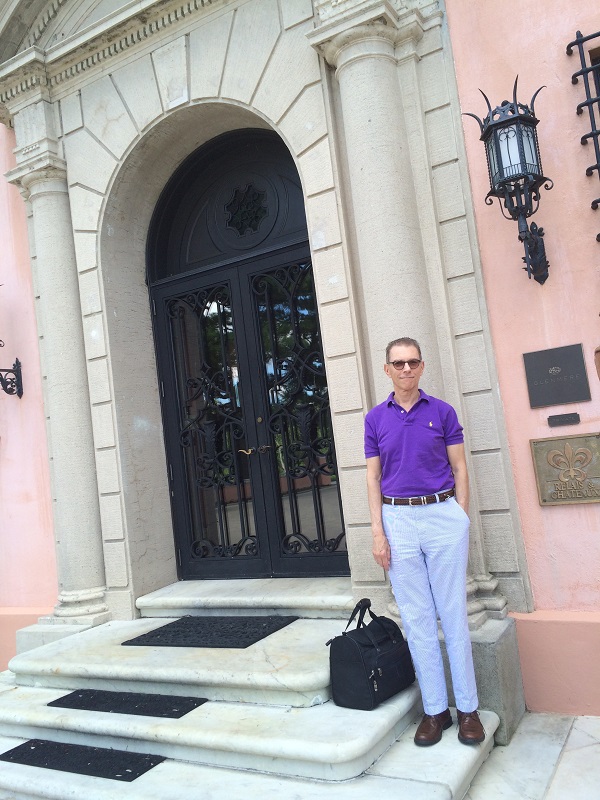 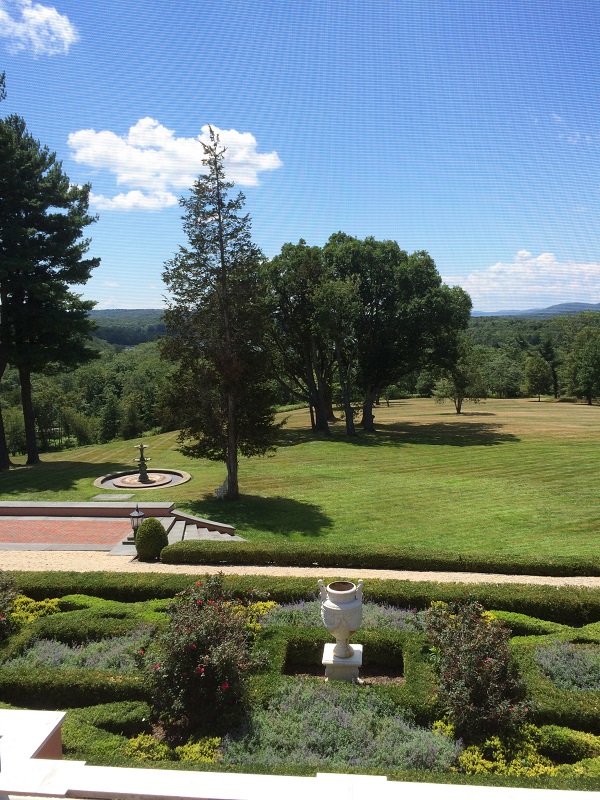 Check out the view from our room 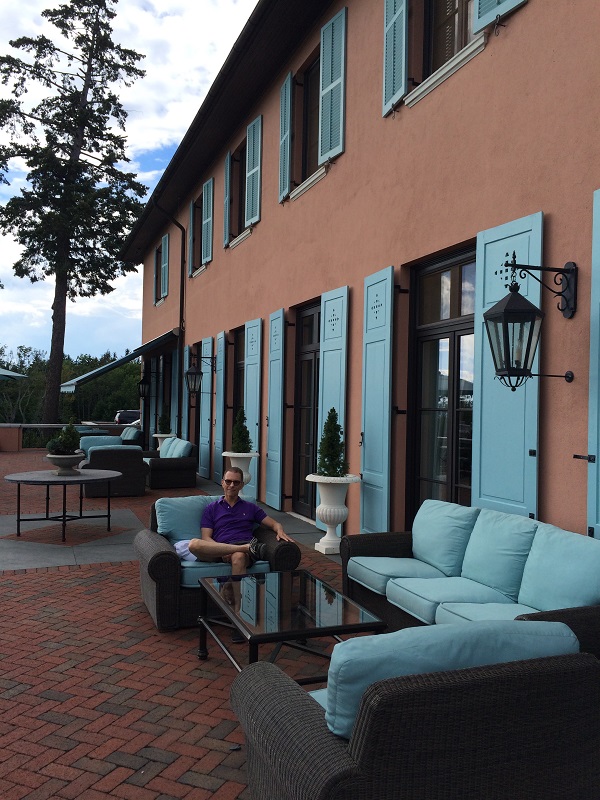 AAC CPA relaxes on the terrace on a Wednesday afternoon 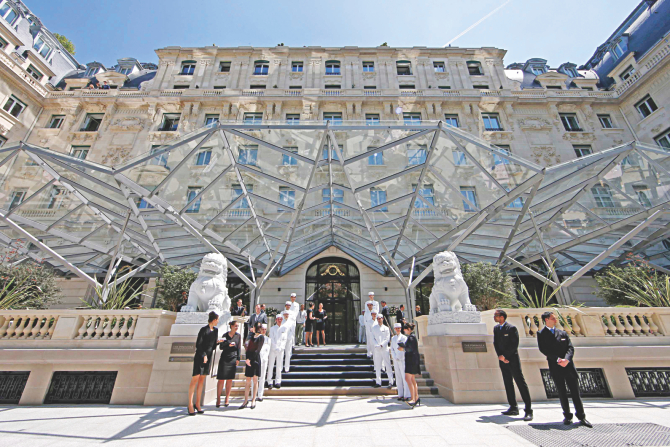 Entrance to the Peninsula

We were in Paris last May following our crossing from Miami to Lisbon aboard Crystal Serenity. The Peninsula opened about a year ago and, as with all grand Parisian hotels, it is a masterpiece of design and execution. Located steps away from the Arc de Triomphe, it is an ideal location for a visit to the City of Light.

The rooms are beautifully designed and feature up-to-the-minute technology, including iPads on either side of the bed to control virtually everything in the room (except for AAC CPA, of course). This can result, of course, in dueling remote controls when watching television. (Should anyone have time to watch TV in Paris?) 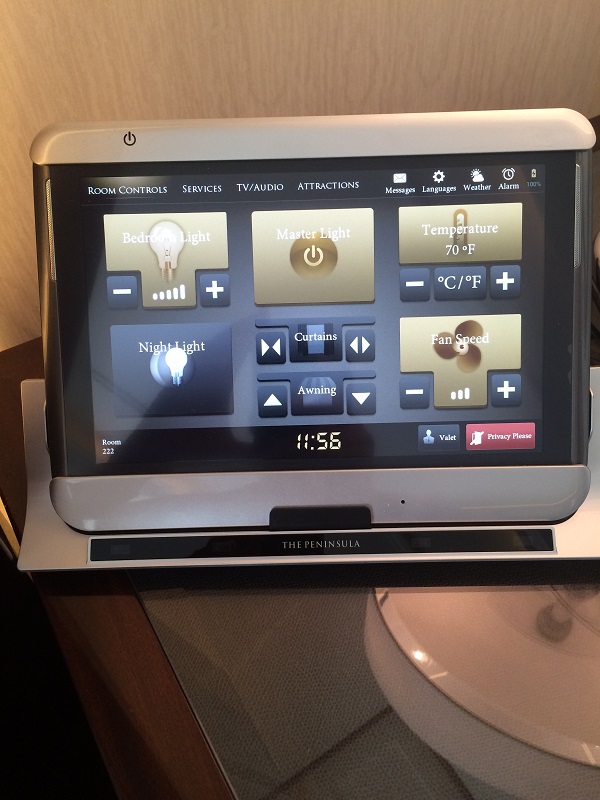 The bathrooms defy description and I mean that in the best way possible. 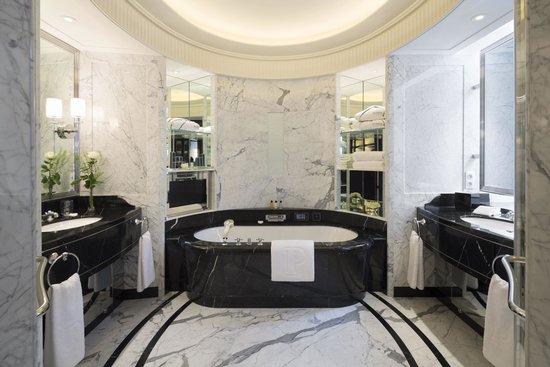 Do you believe me now?

There are several dining venues in the hotel, including the elegant rooftop restaurant, L’Oiseau Blanc, which has wonderful food and awesome views of the Eiffel Tower. It is adjacent to a very deco bar, which serves extremely tasty cocktails. In good weather, the bar opens onto a terrace where you can appreciate the territory. 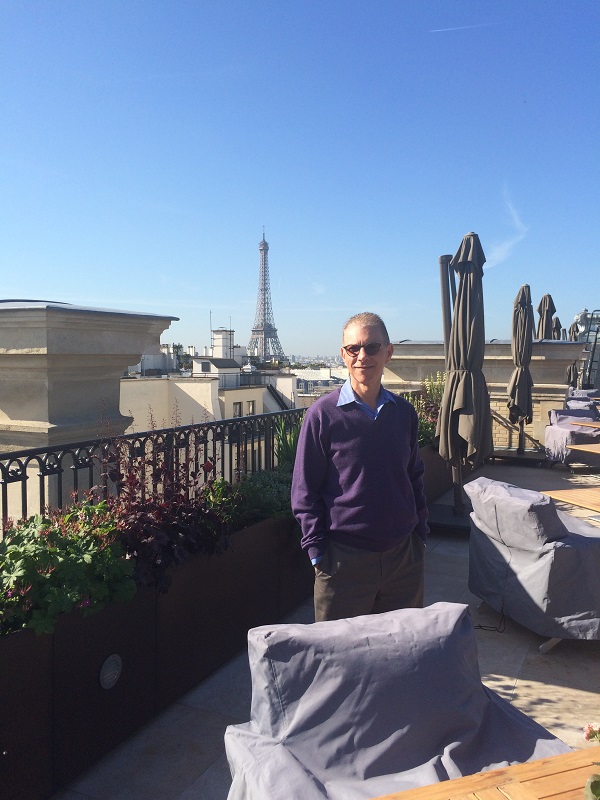 The outside terrace at the Peninsula 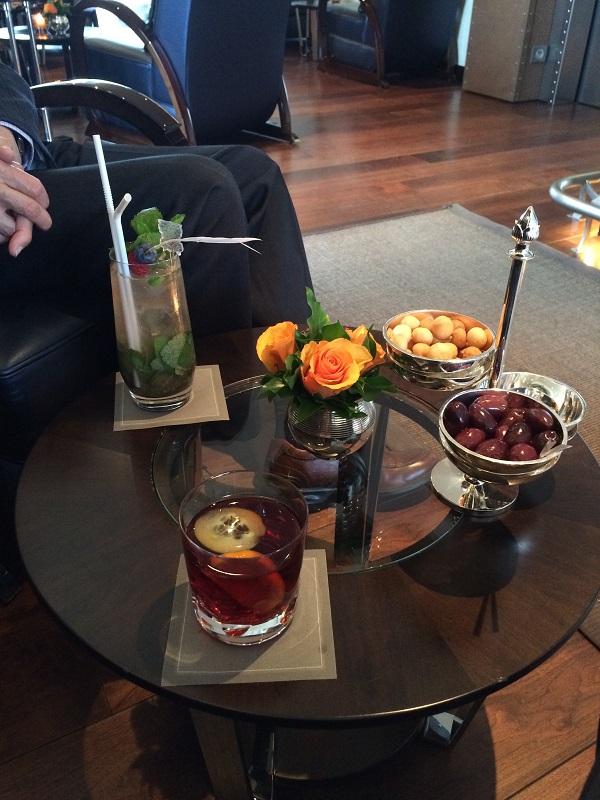 AAC CPA and I enjoy evening cocktails at L’Oiseau Blanc 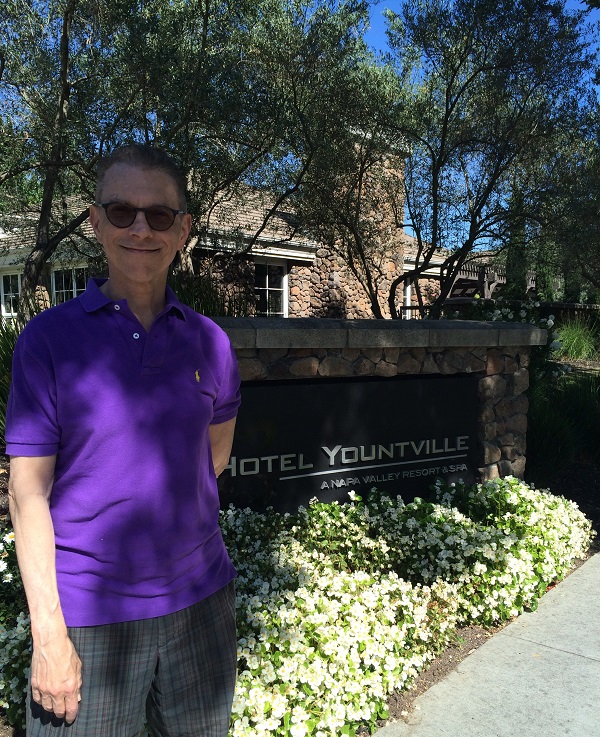 Any oenophile worth his or her salt will travel to California to enjoy the wine country. These days, there are so many wine regions out there but, for many, the Napa Valley is the place to go. We’ve stayed in the wine country on several occasions but, last summer, spent a few days in Yountville at the Yountville Hotel and I highly recommend it to you. 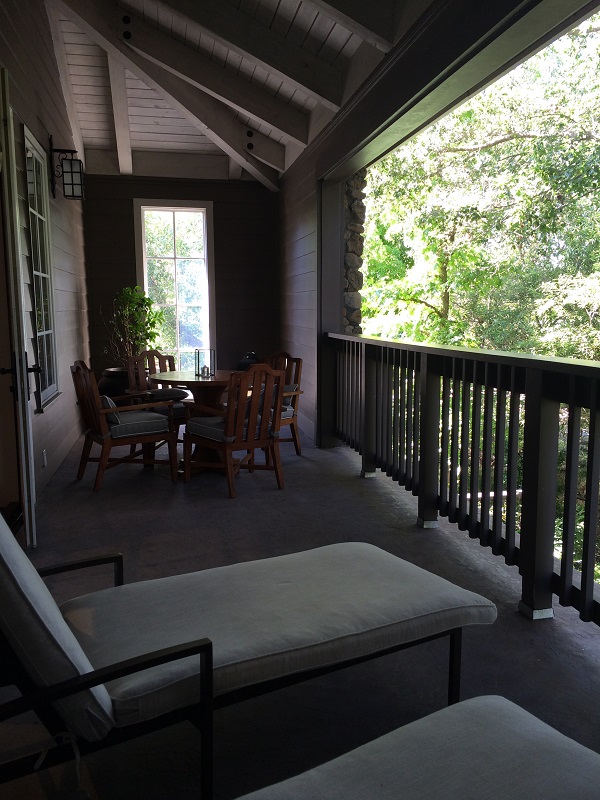 Besides being a lovely place to stay, it is located on the main drag and within walking distance of all the great Yountville restaurants. (French Laundry, anyone?) And Yountville is an extremely convenient place to stay as you’re within a 30-minute radius of many of the great wineries in the Valley. 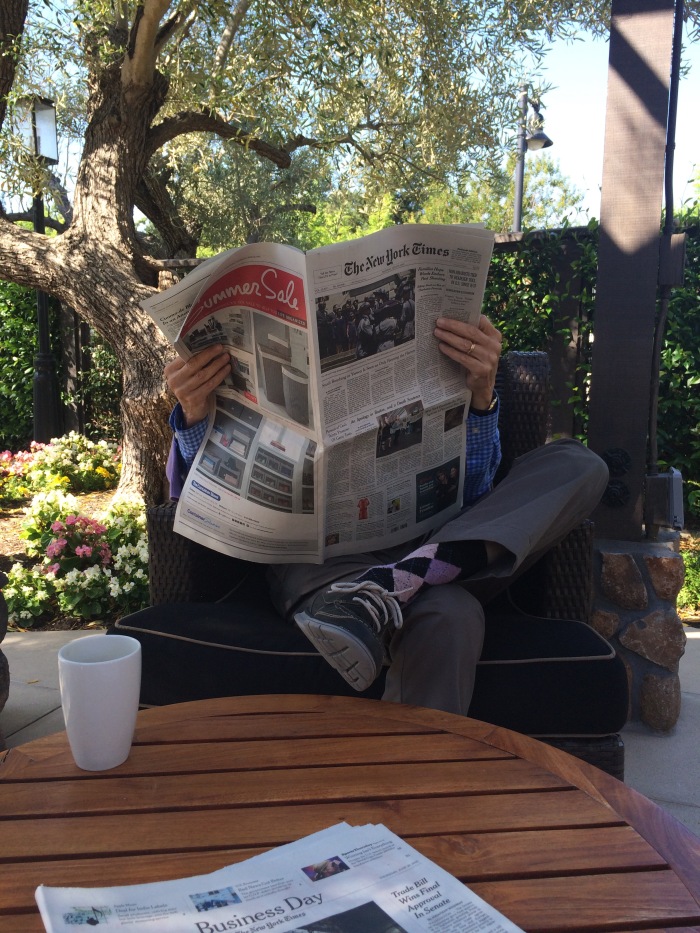 Oh, and for those of you who like to get in a morning run before debauching yourselves at the myriad of wineries in the vicinity, here’s the view from one of my jogs: 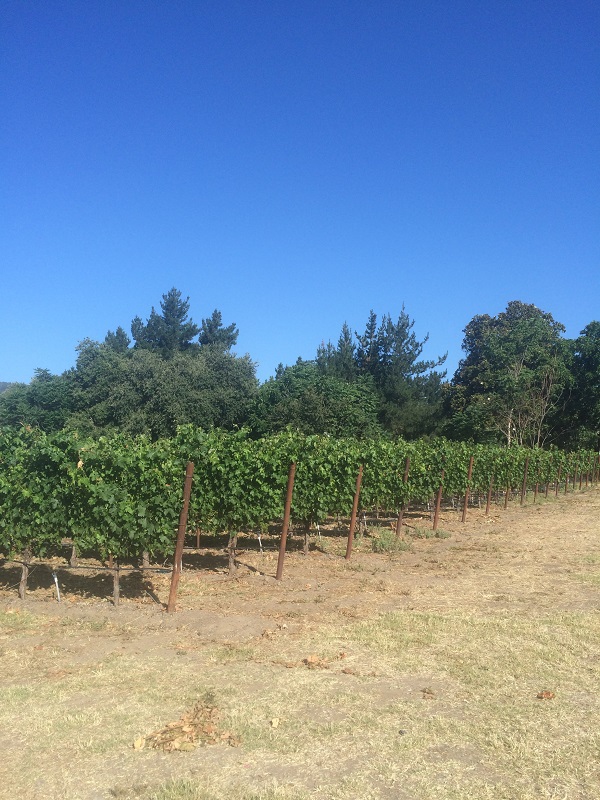 Before checking out of the Hotel Yountville, we had already booked the hotel for a return visit next summer. That’s how much we enjoyed it.